River Edge had its first European settlement by Swedish explorer Cornelius Matthew in 1683.  It later had bridge crossings erected in 1721 and saw some growth through the 1800s.  In 1889 the new bridge was built at New Bridge Landing and still stands today.  It is registered on the NJ and national registries of Historic Places as the oldest highway swing bridge in New Jersey.

In 1894 the borough of Riverside was incorporated by referendum vote of 37-3 as part of the boroughitis that spread across Bergen County that year.  More development in the borough followed with completion of the first Cherry Hill school in 1901 and the developing of homes along and around Summit Ave in 1905 after the River Edge Land Company bought 14 acres of land in the area.

In 1903 the volunteer fire department was founded and still serves the borough today.  The 1930s brought a new name for the borough as it was changed to River Edge.  The River Edge Library was established by the Women’s club in 1931 and the Bergen County Historical Society opened a museum at the Zabriskie Steuben House in 1939.

The 1940s saw the opening of the current borough hall on Kinderkamack Rd as well as the development of the Clarendon Estates by Charles Reis.

Over the years the borough has grown in size and density adding homes, parks, schools, and other amenities. 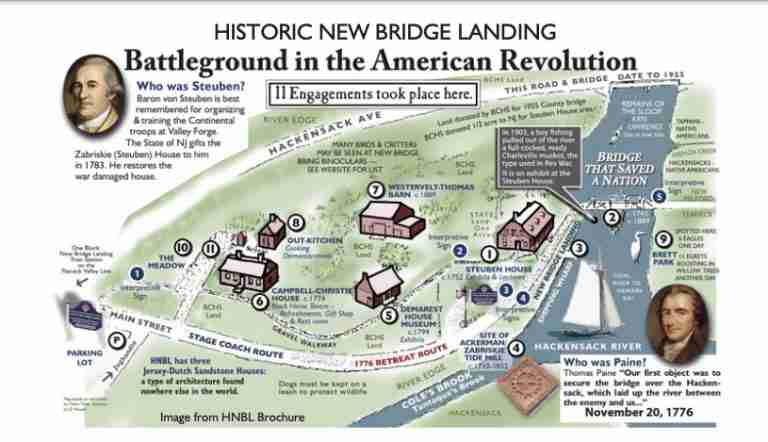 A Brief History of River Edge